We give space to ideas.

VillaLab gives back the Municipal Villa to Santa Ninfa, creating new spaces and transforming it into a stage for events and activities in the name of environmental safeguard.

VillaLab is a project that aims to transform the Santa Ninfa’s Municipal Villa into a source of new ideas, or rather a creative and stimulating space where the many souls of a splendid community can live together.

Thanks to the synergy between public institutions, local firms and volunteers, it has been possible to readjust this space and give it back to citizens in a new, more modern, safer and environmentally friendly way.

From an idea of the Angelo Pirrello Foundation, the aim of VillaLab is first of all to give back to Santa Ninfa’s citizens a Villa ready to become a new meeting place, where everyone can meet up and play sport, but also where they can grow their sense of belonging to the community. The project also aims to enhance and protect the territory, trying to raise awareness in citizens on issues related to the presevation of their environmental heritage.

The Villa becomes the focus point of many events and workshops designed to involve the Santa Ninfa’s inhabitants and rediscover the priceless relationship between community and territory.

Watch the video presentation in which we have highlighted the work that has been done to make the Municipal Villa even more welcoming, hospitable and above all green.

If you want to know more, download here the presentation that was used in the Council Hall of the Municipality of Santa Ninfa on October 2, 2020, the day of the inauguration and reopening of the Villa. 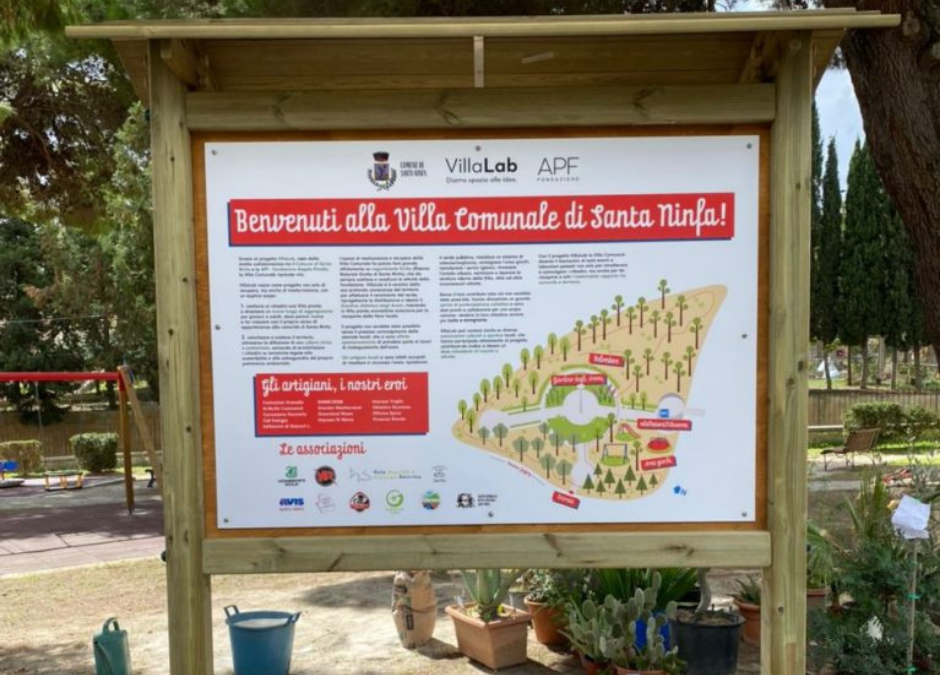 VillaLab adds its personal touch to the Villa!

The Municipal Villa continues to embellish itself with details, dressing with plaques, message boards and signs all signed villalab. 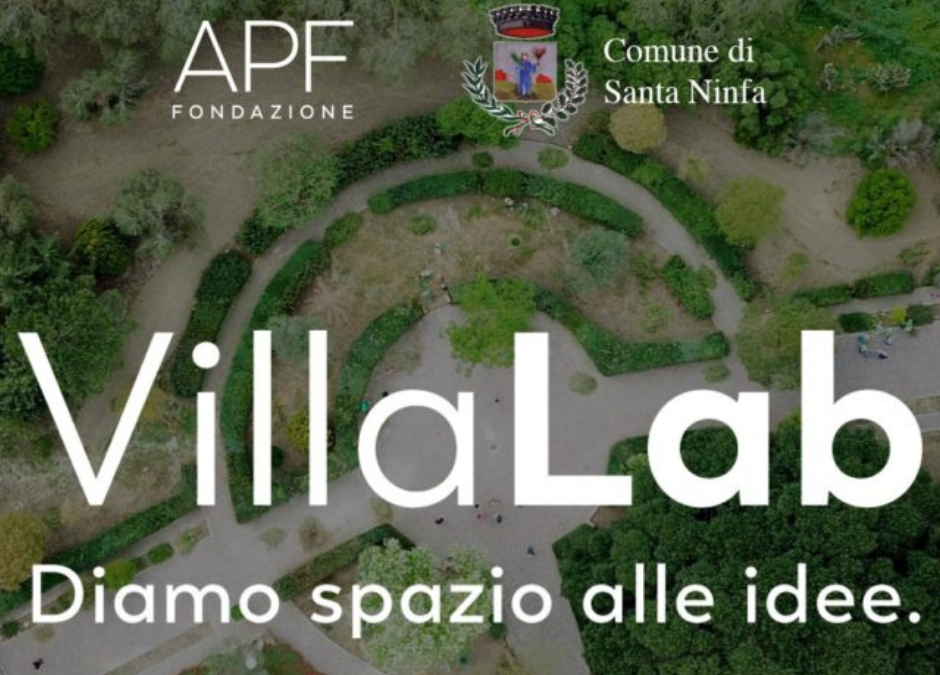 The Municipal Villa is reborn thanks to the synergy between public institutions, the APF Foundation and local companies and associations.

READ ALL THE NEWS

square meters of space available to the Citizens of Santa Ninfa.

Artisans who collaborated in the rebirth of the Municipal Villa, giving time and experience.

donated plants on the occasion of the Piantala! initiative, during the inauguration.

Environment, sport, fun, art: the Villa offers many spaces ready to meet the needs of all citizens. Discover the points of interest and get to know the Villa. PANORAMIC VIEWPOINT
Enjoy the enchanting green panorama that only the Municipal Villa offers.

#NATUREISWATCHINGYOU Admire the colorful work of street art created on the central tower.
THE HERBS GARDEN Rediscover the aromas and spices of the territory through an olfactory path that brings back to tradition.

PLAYGROUND AREA
Lots of fun for the little ones of Santa Ninfa, with a fantastic super-equipped play area.

FITNESS AREA
Keep fit, run and walk along the path through the Villa.

An active part of VillaLab are the local cultural and sports associations, which with great dedication and strong knowledge of the area, will create a full calendar of activities and meetings that will animate the Villa in the near future involving all citizens.